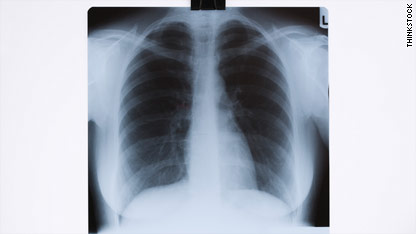 People who take bisphosphonates, or bone-strengthening drugs for osteoporosis, may have a slightly higher risk of developing esophageal cancer, especially if they take them for several years, a study out this week in the British Journal of Medicine finds.

Researchers tracked almost 3,000 people with cancer of the esophagus or throat for eight years and compared them with a group of 15,000 people who did not have the disease. All were over age 40. The scientists found that 90 of the cancer patients had been prescribed the bone-building drugs, while 345 people in the larger group were taking the medication.

By figuring the odds, scientists estimated the risk of esophageal cancer increased with 10 or more prescriptions for oral bisphosphonates or with prescriptions over a five-year period. According to the study, in Europe and North America, the incidence of esophageal cancer in people ages 60-79 is typically one per every 1,000 over five years. This study estimated an increase of two per 1,000 in this age group, if the drugs were used for five years or more.

The researchers also looked at about 10,000 people with bowel cancer and 2,000 others with stomach cancer and found no increased risk with the use of these drugs.

Experts aren’t sure why the drugs might lead to throat cancer. They do know however, that bisphosphonates can cause inflammation in the esophagus, which could cause cancer to develop more easily.

Quantity Vs. Quality: Long-Term Use Of Bone-Building Osteoporosis Drugs

A study in the Sept. 1 issue of the journal Sleep found an elevated risk of death in men with…